We had been dispatched to the wealthy side of town just after dinner time for the altered mental status. We didn’t venture to this neighborhood often, its residents served by concierge medicine and excellent preventative care. Manicured lawns, gardens, and elaborate houses bathed in Christmas lights flashed past as we drove through the streets.

Her family met us at the door, harried, frustrated, eager to have us solve their problem immediately. It seems they had come back from vacation in the Bahamas the day before and their mother was agitated and not herself, accusing them of stealing from the basement and sneaking around her house.

Peeking past some wayward boughs of a Christmas tree I spotted the woman poised on the edge of her chair, legs crossed and tucked to the side, having a conversation with the police officer who had arrived just before us. One wouldn’t imaging this slight lady with perfectly coiffed white hair in a confectionary puff atop her head ranting and spouting accusations. She spied us and invited us into her home, graciously thanking us for coming even though she was not in need of medical care, just the police.

“Mrs. Smith” filled us in on the excitement of the evening and indeed (politely) accused her family of sneaking around her home. She went on to tell us about her husband, who had passed just before the holidays about a year ago, and how he took care of many things around the house and took good care of her for more than 50 years. Her eyes sparkled and a little smile perched on her lips when she spoke about him, almost like she could see each memory she described.

She understood the situation and all the parties involved, there were no medical abnormalities, but something wasn’t quite right. There was some concern about early onset dementia as there was a family history. After about an hour with the family, police, and our lieutenant working in concert, a plan was devised to see the doctor the next day and for Ms. Smith’s granddaughter to stay over for the evening. She was agreeable to the outcome and thanked us all for visiting with her.

Sadly, two days later Ms. Smith dashed across her neighbor’s lawn under the bright, midday sun and began to bang on the door. Wildly, she declared robbers were in her basement and planning to kidnap her. Her neighbor took her in and called 911. We responded, even in her confusion she remembered me and we struck up a conversation about today’s events and the need to go to the hospital for further tests on her brain. Deflated, she agreed to go with me and held my hand as we walked down the front walk to the ambulance.

Her shoulders slumped as I put her seatbelt on, her head down she mumbled answers to my questions or gave a nod indicating yes or no. After a while there were no more questions to ask, so I just tried to make polite conversation. I asked about vacation, Christmas, her cats, anything really. Then I asked how she met her husband.

She lifted her head and her face came alive, eyes sparkling, a slight smile gracing her lips. She was no longer in my ambulance, she was in 1960 something, meeting her soon to be husband for the first time. She had been working in New York City, a single woman making her way- a new emergence at that time- when they met. They soon took up a schedule of dating on Tuesday nights. Tuesday night was date night she explained. Thursday night was girls night when she spent time with her friends- she had a way of doing things she stated, matter-of-factly. 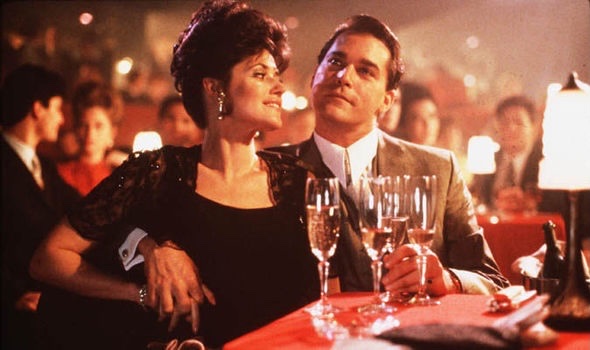 She confided that dating him was enjoyable and on an even keel- but she wondered if he serious or just passing time.

One week he had a business trip and couldn’t meet her for Tuesday night, and inquired if she could see him on Thursday? She declined, simply stating she had plans on Thursday night- no more, no less. She had no plans that Thursday- but Tuesday was date night. She mentioned to me that she was happy to let him believe that there might be other men she was considering, and since they weren’t engaged, just courting, she was free to do so.

He never inquired about her possibly dating others, but she said two weeks later on their next Tuesday night date he asked her to marry him. He had the opportunity to consider losing her and decided to take action.

50 years later they had built innumerable memories together before a widow maker separated them.

We arrived at the ER entrance and my partner opened the side door to help her out and into a wheelchair. Before turning to step down she looked at me, there was uncertainty on her face, the unknown of what was going on in her mind and in her future was palpable, but now he was here with her. She smiled a little smile and clasped my hand, nothing needing to be said.